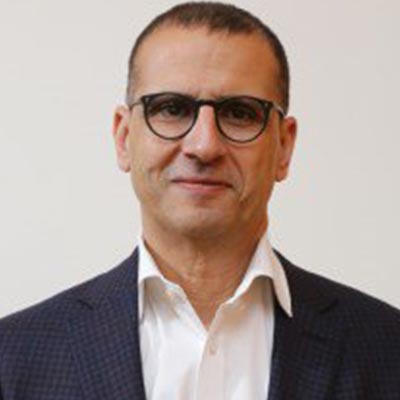 With a rich and diverse industry experience spanning almost 30 years, Ahmed ELsheikh took up the mantle of President and CEO, PepsiCo India, in November 2017. He brings with him an in-depth knowledge of the FMCG industry, especially the foods and beverages sector in high-profile international markets. In India, he aims to transform PepsiCo’s portfolio and accelerate the growth of all the existing brands under the company.

Ahmed ELsheikh has had a humble beginning. He started his career as a sales executive for Cadbury in Egypt. From 1989 to 1995, he held positions such as Sales Supervisor and Unit Sales Manager for the company. After spending six years at Cadbury, he joined Johnson & Johnson’s Saudi Arabia business where he spent another six years developing sales and marketing strategies for the brand. In his outfit with the American consumer health giant, Ahmed ELsheikh played the role of National Sales Manager for Saudi and Brand Manager for the company’s Skin Care business.

Post managing arduous leadership positions in sales and marketing for over a decade, Ahmed ELsheikh moved back to foods and beverages and joined PepsiCo in 2001. He took up the role of Franchise Manager for all Arab states of the Gulf region (GCC). He soon moved to the position of Sales Director, GCC Foods, for PepsiCo and later took the office of General Manager, Egypt Foods, for the Company.

In 2010, Ahmed ELsheikh was appointed the General Manager of PepsiCo’s Jordan business. Under his leadership, the Jordan operations were declared a water-positive business unit. In a short span of two years, he was delegated to be the Vice President, Beverage Operations, for Saudi and Yemen. In his capacity, he established the Snacks Training Academy in Saudi Arabia and initiated job fairs for differently-abled citizens in Jordan.

Ahmed ELsheikh later moved to take on the duties of Senior Vice President and General Manager for the business units of PepsiCo Egypt and Jordan.

Under him, Egypt was awarded ‘2016 Business Unit of the Year’, the company’s highest honour. During his 19 years with PepsiCo in the North East African, Gulf and Saudi Arabian regions, he has steered the company to success during critical business environment change, geopolitical challenges and currency devaluation. He was recently given the prestigious DMK Award for Egypt Beverages.

A graduate of Colombia Business School and The Higher Institute of Management Studies, Ahmed ELsheikh is on the board of Injaz Egypt, an NGO that empowers the youth for a brighter economic future, and sits on the Board of Beyti Juice as well as a Dairy Joint Venture in Egypt.
Register now