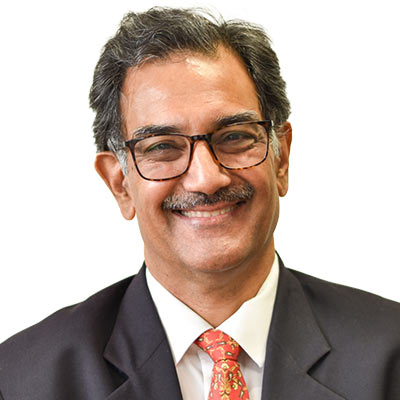 Amit Kapur is a Partner with JSA since 2000. He has anchored the Firm’s Infrastructure practice since 1997 with focus on infrastructure sectors. Having served as Senior Partner of JSA since 01.04.2017, on 01.01.2019, Amit assumed office as the Joint Managing Partner of the Firm.

He is regularly consulted on Infrastructure, Regulatory and PPP issues by several ministries / bodies of Central and State Governments; Developmental Financial Institutions (the World Bank, PPIAF, WSP-SA, ADB); Competition & Sector regulators and leading Indian and foreign Corporates (like the Tata Group, Adani Group, GVK Group, GMR Group, Vedanta Group, Larsen & Toubro, Reliance ADA Group, Torrent). In recent past, he actively assisted the Kelkar Committee on Rejuvenation of Infrastructure Development (2015). He served as member of Ministry of Law appointed committee to review the Specific Relief Act, 1963 which led to amendment to the law in October 2018.

Over past 15 years he has been a member of the National Infrastructure Council and Energy Committee of Confederation of Indian Industry and currently serve as a member of the CII National Council on Public Policy since 2019. Amit serves as a member of the FICCI Power Committee and chairs the Distribution Financial Viability sub-committee. He serves on the Management Governing Council of CUTS Institute for Regulation & Competition (CIRC).

Amit is a regular speaker / faculty at International & National workshops and Programs on issues of Policy, Law, Regulation, Project Finance, reforms and private participation in Infrastructure and has published position papers and articles in established international and domestic journals.