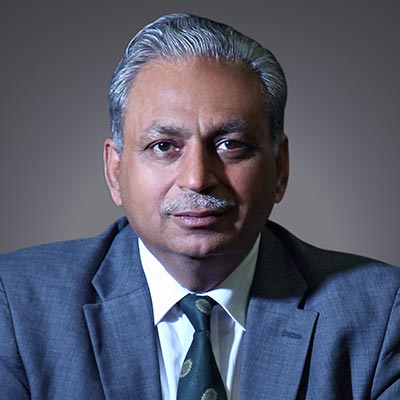 CP Gurnani is the Managing Director and Chief Executive Officer of Tech Mahindra—a USD 5.2 billion digital transformation, consulting and business reengineering services and solutions provider— that employs more than 123,400 professionals across 90 countries. CP has single-handedly led Tech Mahindra’s transformation journey, one of the biggest turnarounds of Indian corporate history – the acquisition and merger of Satyam.

Living by the credo, ‘don’t work hard, work smart’, CP Gurnani brings an inimitable leadership style combined with a laser-sharp focus on customer experience, which has helped Tech Mahindra emerge as one of the leading global digital transformation providers.

CP is also proactive about nurturing a digital future-ready talent pool and a lot of it has to do with reskilling the workforce. He realizes that as a leading global digital transformation company, one just cannot ride the growth path with resources that out of sync with market dynamics. Equipping associates with digital familiarization in collaboration with an array of top-notch online learning companies, CP has laid the foundation for rapid adoption of automation and accompanying fifthgeneration technologies, such as AI, Blockchain, IoT, Cloud, BI & Analytics, 5G.

He is an ardent supporter of Individual Social Responsibility, and often prods people to invest their time towards betterment of humanity and society at large. He is an active member of the Tech Mahindra Foundation – launched in 2007 to help the underprivileged children. He has also founded ‘Titliyan’, an NGO that spearheads spreading quality education and developing life and social skills of more than 140 under privileged children.

A chemical engineering graduate from the National Institute of Technology, Rourkela, CP Gurnani is a distinguished and active alumnus of the Institute. Above all, he loves riding the crest of enhanced intelligence and collaborative disruption to offer meaningful choices to all stakeholders. Here, too, he speaks his mind.

CP has been chosen as the Ernst and Young ‘Entrepreneur of the Year [Manager]’, CNBC Asia’s ‘India Business Leader of the Year’, Dataquest ‘IT person of the Year’ - in 2013 and Business Standard ‘CEO of the Year’ in 2014. He was also awarded the ‘Best CEO of the Year’ at the Forbes India Leadership Awards held in 2015. Recent addition to the bucket was ‘Asia One Global Indian of the Year - Technology’ in 2016. CP was also listed among the top 100 global CEOs as part of The Wall Street Journal CEO Council 2016. CP Gurnani was also a part of Part of the Harvard Case Study on ‘Tech Mahindra and the Acquisition of Satyam Computers’ (Harvard Case Study) and was also the Chairman of NASSCOM in 2016-17. Most recently, CP won Gold at the CEO World Awards 2018 for his Organization Wide Reskilling Initiative.
Register now