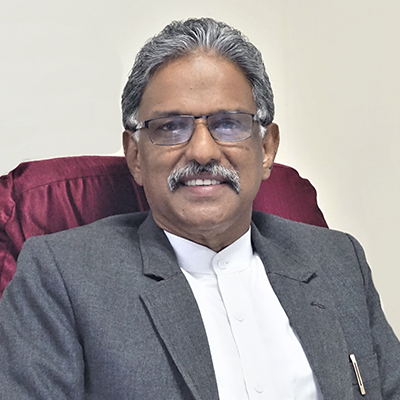 Founder Member and President, Association of Healthcare Providers of India

Dr. Thomas has served the healthcare sector for over 30 years, and holds positions in several national associations that address issues within the healthcare sector: he is the Founder-Member and President of the Association of Healthcare Providers of India (AHPI), Founder-President (2010-2021) and Patron of the Association of National Board Accredited Institutions (ANBAI), Founder-President (2012-2017) and Patron of the Consortium of Accredited Healthcare Organizations (CAHO). In these roles, he has effected far-reaching policy changes within the healthcare landscape.

He played a significant part in incorporating healthcare communication among the NABH Accreditation Standards for Hospitals (4th Edition), introducing communication skills within the MBBS and PG curricula for medical students across India, rolling back the service tax for the health sector and making assaults on doctors a non-bailable offence. Due to his efforts, the Insurance Regulatory and Development Authority (IRDA) of India made entry-level accreditation mandatory for the empanelment of hospitals, which will result in mandatory empanelment (currently numbering 33,000 hospitals). Dr. Thomas led the expert group on medical education for the National Education Policy (2019) headed by Dr. Kasturirangan. He initiated the creation of a national Think Tank on Health at the National Law School of India University (NLSIU). He is also the Former Chairman of Health Environment Leadership Platform [HELP] and Chairmen of the organizing committee of the first National Conclave on Climate Change on health, Role of healthcare Sector. Member, Steering Committee, Membership of the One Health Antibiotic Stewardship in Society (OASIS) study.

At the State level, Dr. Thomas played an important role in developing the State Public Health Policy as the Member-Secretary of its Task Force. As the only non-IAS chairperson of the SDG 3 Goal 3 (Health) Committee (Govt. of Karnataka), he led a team whose recommendations enabled a significant increase in Karnataka’s ratings in the NITI Aayog indices. He has led committees for NABH accreditation of government hospitals in Karnataka, the implementation of NBE accreditation for DNB courses in district hospitals of Karnataka, and working towards a tobacco-free Karnataka. He played a key role in engaging with the Government of Karnataka to bring out a patient-centric Clinical Establishment Act, and through FHAK, was able to engage with insurance companies to negotiate reasonable reimbursements for hospitals while ensuring patient safety and quality care. Also, Member, Vision Group, Medical Education & Health, Government of Karnataka.

He has served as a member of several Boards including those of NABH and the Health Sector Skills Council (HSSC), and on committees including those set up by the Union Health Ministry, the Confederation of Indian Industry (CII), the Federation of Indian Chambers of Commerce and Industry (FICCI), the National Board of Examinations (NBE), UNESCO, and the Public Health Foundation of India (PHFI), among others. Dr. Thomas also serves on the boards of many reputed healthcare organisations.

He has pioneered several training initiatives and certificate courses for healthcare professionals through AHPI and CAHO, as well as in collaboration with PHFI, on different topics such as healthcare quality (adopted by several State governments); healthcare communication; mental health and substance use disorders; and technology. He is an Examiner and Inspector for NBE, Former Professor of Orthopaedics at the MSU in Malaysia, and Visiting Faculty at IIM-B and NLSIU.

The Handbook of Healthcare Quality and Patient Safety (1st ed. 2014, 2nd ed. 2017, and 3rd ed. forthcoming 2021) and Communicate. Care. Cure: A Guide to Healthcare Communication (1st ed. 2012, 2nd ed. 2014 and 3rd ed. 2019), co-edited by Dr. Thomas, are both milestones for the healthcare sector. Other important publications led by Dr. Thomas are the Guidebook for Pre-Accreditation Entry-Level Standards for Small Healthcare Organizations (2015) supported by the World Bank and NABH; Aspirations for the Elderly in India in collaboration with IBIn and the Planning Commission; and Health Quality - Upgradation Enabled through Space Technology [QUEST] in the Emergency and Critical Care Departments, in partnership with ISRO. He has co-authored several white papers submitted to the Government of India on the topics of chronic care, climate change and health, and the reformation of higher medical education, among others. He has two new books in the pipeline, one on climate change and the health sector, and another on the legal aspects of healthcare.

During his tenure as Director (CEO) of the Bangalore Baptist Hospital (BBH) from 2006-2014, the institution expanded from a small secondary-care hospital to a nationally-recognised 300-bedded multi-specialty operation, winning several prestigious awards in the process. The transformation of BBH under the leadership of Dr. Thomas is now a case study for management students at the Indian Institute of Management, Bangalore (IIM-B).

In addition to the awards received while he was the Director (CEO) of BBH, Dr. Thomas was awarded the Emeritus Teacher Award by NBE for his distinguished achievements and contributions to the field of Medical Education (2014), the National Distinguished Services Award (2016) by the Indian Medical Association, and the Lifetime Achievement Award (2018) by the Consortium of Accredited Healthcare Organisations (CAHO).
Register now