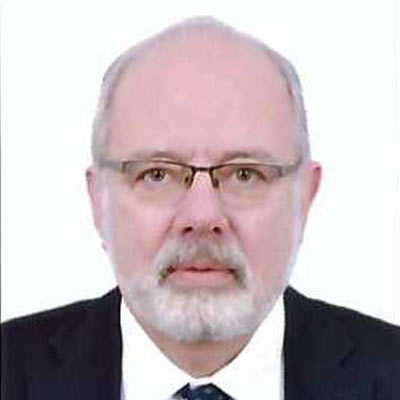 Directed a reinsertion campaign to introduce Uruguayan products in East European market. Headed Uruguayan commission to combat drugs. Reactivated the agreements of cooperation to combat drugs between Bolivia, Chile, Colombia and Paraguay. Aided in the insertion of Uruguay’s participation in the operations of peace keeping in Georgia, Sierra Leon and the Democratic Republic of Congo. Elected as Vice-president during the 55 UN General Assembly Sessions aka the Millennium Assembly of the UN. Chief negotiator of the Uruguayan Delegation for the Illicit Arms Convention. Active member of the Nonproliferation of Nuclear weapons /Disarmament committee. Deputy-Director of the Artigas Institute for Foreign Services (the Academy for Diplomacy) Re- invigorated the Brazil-Uruguayan Cultural Institute and expanded its reach and services
throughout the entire Brazilian Federative Republic.

Participated in deepening the interconnections for the power agreements headed by the Uruguayan Secretary of Energy Ingeniero Lepra with the Brazilian Eletrobrás as well as the energy agreements between ANCAP and Petrobrás. Participates in the High Talks of the G-20, which evaluated the renewal of Multilateral Negotiations initiated in the Doha Rounds.

Member of the Uruguayan Economic Team headed by then Economy and Finance Minister CPA Danilo Astori in conversations at the MERCOSUR level.
Participated as an active member in the Uruguayan delegation headed by Professor Belela Herrera, on the Conference for the Community of South American Nations Integrates the Uruguayan Delegation to MERCOSUR talks representing the Uruguayan government which is headed by the President of Uruguay Dr. Tabaré Vazquez, meeting held in Río de Janeiro. Forms part of the Delegation in the negotiations and creation of the Banco del Sur.
Team member for the Working Group at UNASUR which discusses the Mechanism of Solutions for Controversies regarding Investments for the UNASUR members.

Designated team representative for the XI -Reunión del Consejo de Delegados de UNASUR, whose objective was the elaboration of the Constitution of the entity. Participates in the conversations for the coordination of the WTO meetings which would enhance the Doha Round. All Foreign Ministers of the MERCOSUR participate at the meeting in Rio de Janeiro on July 14th.

Team Member representing the Uruguayan delegation to the Summit Meeting of Latin America and the Caribbean held in Bahia October 2008.
Represented Uruguay in the Seminar; “Políticas Públicas para Incentivar la Innovación en el sector privado: Una Agenda Prioritaria” – or Public Policies to incentivize the public sector- a priority agenda, sponsored by the Iberoamerican General Secretay and the Dept of Cience and Technology of Brazil. Appointed Delegate for the Foreign Service Dept. as representative under UNESCO. Focal Point appointee for the Alliance of Civilizations initiated by the UN General Assembly to enhance multiculturalism amongst nations.

Designated Coordinator for the Ministry of External Relations of Uruguay for the Bi-Centennial Celebration committee which unveils the celebrations of the Emancipatory Process started in Uruguay 200 years ago. Represented Uruguay at the III Regional Forum for the Alliance of Civilizations in Rio de Janeiro, Brasil -May 2010.
Honorary President of the Brazil-Uruguay Institute in Río de Janeiro, as well as the Honorary presidency of the Brazilian Uruguayan chambers of Commerce, part of the Federations of Chambers of Latin America. Founder of the”Foreign Service Graduate” entity, created at the Universidad de la República Oriental del Uruguay.