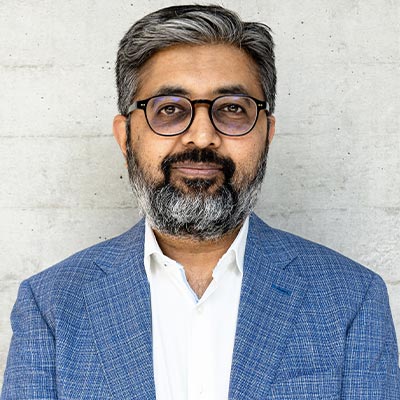 Naveen completed his schooling from Lawrence School Sanawar, and subsequently went on to do his MBA in International Marketing from Huron University, UK.

He has worked across various sectors – starting his Automotive journey working at Land Rover in Solihull, UK. Post that he joined the family business of Bicycles at Hero Cycles. He then went into diversification to set up the Business Process Outsourcing business, the first of it’s kind in India. After this he worked on expansion into the International Markets and then went on to launch Electric Vehicles in India and globally.

As an entrepreneur, Naveen’s leadership and vision is widely recognized in shaping the Indian Electric Two-Wheeler Industry as well as his contributions to various forums in the Electric Vehicle Sphere both in India and globally. He has built the Hero Electric brand into a leading manufacturer and a market leader in the Electric Vehicles 2-wheeler market in India. At an International level, Hero Electric launched A2B, a premium brand of Electric Bicycles, which is widely considered one of the pioneers in the EV industry globally.

In 2008, he was instrumental in founding the SMEV (Society of Manufacturers of Electric Vehicles), the only representative body of the Indian Electric Vehicle Industry in India. He chairs SMEV as its President since inception. Consistent efforts of SMEV resulted in the Indian Government’s push towards making EV adoption a key agenda under various policies both at a State and National level. He has also chaired the CII (Confederation of Indian Industry), New Delhi State as it’s Chairman. In the past, he has also been a board member in EO (Entrepreneur’s Organisation) and is currently on the board of YPO (Young President’s Organisation), Delhi Chapter. He also serves on the board of LEVA (Light Electric Vehicle Association), USA, amongst others.