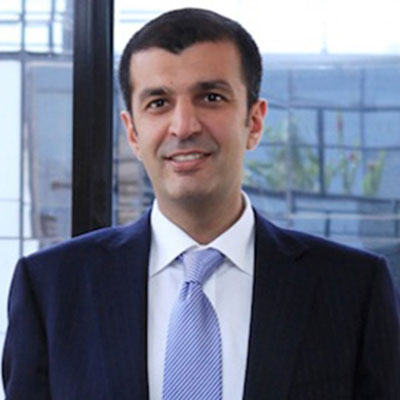 As the Vice Chairman & Managing Director of Apollo Tyres, Neeraj Kanwar plays a pivotal role in Apollo’s journey towards becoming one of the most admired automotive tyre brands. Neeraj has pioneered key initiatives in enhancing the competitiveness of the company’s operations and products across the board. He is responsible for crafting Apollo’s growth story -- taking the company from US$450 million to US$2 billion within a 5-year time span. Under his able leadership Apollo acquired Dunlop Tyres International in South Africa and Zimbabwe in 2006, Vredestein Banden B V in the Netherlands in 2009, and latest in the list is the setting up of a Greenfield facility in Hungary -- thereby transforming itself into a multi-geography company with operations across geographies.

Neeraj began his career with Apollo Tyres as Manager, Product & Strategic Planning, where he played a crucial role in creating a bridge between the two key functions of manufacturing and marketing. In 1998, he joined the Board of Directors and was promoted to Chief, Manufacturing and Strategic Planning. His people management skills helped him bring overarching changes in industrial relations, upgradation of technology and benchmarking on product and efficiency parameters.

In 2002, he took over as the Chief Operating Officer of the organisation, wherein he introduced value-driven process improvements in human resources and information technology. Neeraj Kanwar was appointed Joint Managing Director in 2006 and elevated to Vice Chairman in 2008, and soon after to Managing Director in 2009 for his initiatives in establishing the company in the global arena.

As a business leader, Neeraj Kanwar is associated with leading industry associations and was recently the Chairman of the Automotive Tyre Manufacturer’s Association, India. Neeraj Kanwar is a people-centric leader and believes in empowering employees to enable them to undertake effective and efficient decisions at all times. Within Apollo, he is known for his affable management style, and combine work with liberal doses of fun.

An engineering graduate from Lehigh University in Pennsylvania, USA, Neeraj is an avid sportsperson. He prefers to spend his leisure time with his family or playing tennis, swimming and travelling.
Register now