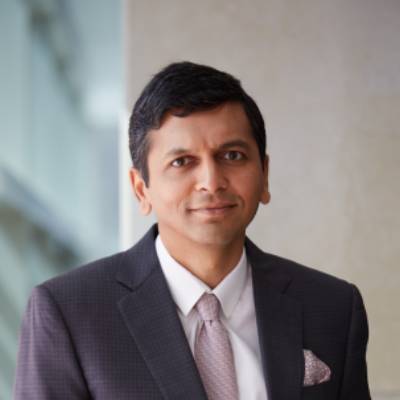 Mr. Abhishek Lodha has been associated with the Lodha Group since 2003, and currently serves as Managing Director & CEO of the company. Prior to this, he worked on advising Fortune 500 Companies on Business Strategy as a consultant with McKinsey & Company (in Atlanta, USA).

Abhishek Lodha has been instrumental in establishing a company that exceeds the expectations of the customer and builds a better life for them. He has a focus on creating a process-oriented organization to enable top professionals to be at the helm of decision-making within the Group. Abhishek has been pivotal in this growth and has been the Managing Director of the Group since 2010. Under his leadership, the company has been India’s largest real estate developer by sales for 5 consecutive years since FY 12-13 and has clocked a record sales of Rs. 8,200 crore in FY 16-17.

Areas of Expertise: Strategy, Design, Project Management, Legal, and Brand Communication Lodha has delivered more than 80 million square feet of real estate and is currently developing ~75 million square feet under its ongoing and planned portfolio. The Group has more than 4600 acres of land beyond its ongoing and planned portfolio which will be utilized in developing further residential, commercial and industrial & logistics spaces. Thriving at building the world’s finest developments, Lodha has created several iconic landmarks across the MMR, notable among which are The World Towers, Lodha Altamount, Lodha Park, Lodha New Cuffe Parade and Palava City. Setting the benchmarks for high quality developments, Lodha is also committed towards a sustainable future. With this commitment towards providing a better Earth to the upcoming generations, Lodha had recently announced its north star goal of carbon neutrality in its operations by 2035.

Education: M.S., Industrial and Systems Engineering (Supply Chain and Logistics), Georgia Institute of Technology, Atlanta – USA Apart from his academic achievements, he has held important posts while at the University, which include being President, India Club of Georgia Tech from 1999 – 2000 and Board Member, Child Relief and You - Georgia Tech chapter from 1998 – 2000. Since 2017, he serves on the Board of Governors of Anant National University - Gandhinagar.

His hobbies and interests include Architecture, Travel, Politics, Cricket and Tennis.
Register now