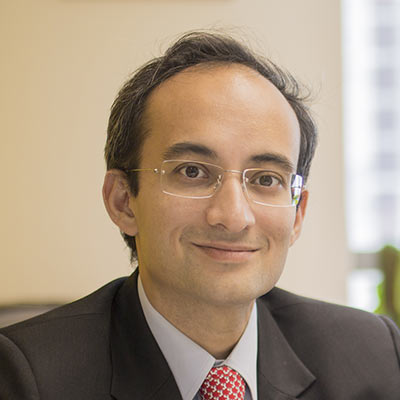 Nitin Prasad is a dynamic and accomplished business leader with 20+ years of cross-cultural professional experience spanning industries from technology to energy and geographies from USA, Singapore to India.

Nitin has won numerous awards and recognitions – Prince Micheal Road Safety Award, Fortune 40 under 40, Economic Times – Spencer Stuart 40 under 40 and Business Time 25 hottest young executives amongst others. He has a proven track record of managing large diverse global teams, developing/implementing strategy, innovating and leading change across cross-functional and multi-jurisdictional roles. Nitin is passionate about Shell’s purpose of ‘powering progress together for more and cleaner energy’ and is a strong believer in collaborations and partnerships being key to solving climate change and other global systemic challenges.

In his current role since October 2016, as Chairman of Shell Companies in India, Nitin has governance oversight over all of Shell’s companies and investments into India as well as being a director in several of the operating companies and JVs. He has developed Shell India’s response to energy transition and climate change including leading business development through strategic partnerships for new climate resilient sectors such as Electro-Mobility, Bio-Products, Renewable Power, Energy Access, Industrial Decarbonization and Chemicals. Nitin is also responsible for building Shell India’s talent base, community programs and its reputation with the full range of external stakeholders incl. Government, Industry Bodies, Foreign Embassies etc. He has authored several articles, been extensively featured in numerous climate and energy conferences and is frequently referenced or quoted in the media.

Nitin is the CII Chairman of the Air Quality Task Force and Co-Chairman of the Hydrocarbons Committee. Nitin also serves on the FIPI Governing Council, USIBC Advisory Committee, India2022 Executive Committee and is an active participant in several other forums. He is also one of the cofounders of the recently created Industrial Decarbonization coalition.

Prior to his current role, Nitin was the Managing Director for Shell Lubricants for the cluster of India, Sri Lanka and Bangladesh, leading the significant turnaround of a historically underperforming business. Previously Nitin has held other roles in Shell across verticals of strategy, marketing, project delivery and supply chain in geographies of APME, APACMEA, China, South East Asia and USA.

Prior to Shell, Nitin was a part of Altera Corp based in the Silicon Valley, starting new product lines and commercial businesses. During this time, he received 10 patents and developed several new flagship ventures.

Nitin did his schooling from the Doon School, India before completing an engineering degree from Georgia Institute of Technology, USA and thereafter went on to complete his MBA from INSEAD, France. He is an avid sports enthusiast who enjoys playing golf, sailing, skiing and diving. Nitin currently lives in New Delhi with his family.