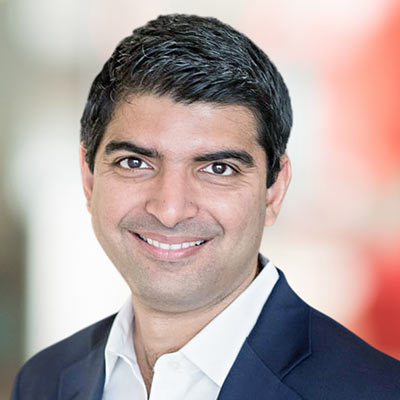 Prashant Sarin is a partner in Bain & Company's New Delhi office. He is an active contributor to the firm's Telecommunications, Media and Technology, Strategy and Organization practices.  Since joining Bain in 2006, Prashant has actively directed transformation programs with large family managed business
conglomerates in the US, South East Asia and India. He has advised clients across a range of industries, including technology, infrastructure and industrial goods. His functional expertise is in strategy, organization and performance improvement, with a deep focus on implementation, change management and
driving to results.
In 2015, Prashant was selected as a Young Global Leader (YGL) by the World Economic Forum, Davos and as one of India's Hottest '40 Under 40' Business Leaders by The Economic Times, India's #1 business newspaper. In 2014, he was selected as one of India's Top 25 Hottest Young Executives by Business Today, India's leading business magazine.
Prashant has been cited and published in several leading mainstream and business publications, including The Economic Times, Mint, The Hindu and The Hindustan Times. He co-authored the first Bain-Indian Private Equity and Venture Capital Association (IVCA) annual reports in 2009 and 2010, which have become the reference for the private equity industry in India. While at college, he wrote for and co-led a syndicate which authored over 300 articles in Hindustan Times and The Pioneer, two leading national dailies. Prashant was a Rhodes Scholar at Oxford University, where he earned a Master's in Management Studies. He was an Aditya Birla Scholar at the Indian Institute of Management Calcutta, where he received an MBA. He graduated from Delhi University with a B.Engg. in
Civil Engineering.
https://www.bain.com/our-team/prashant-sarin