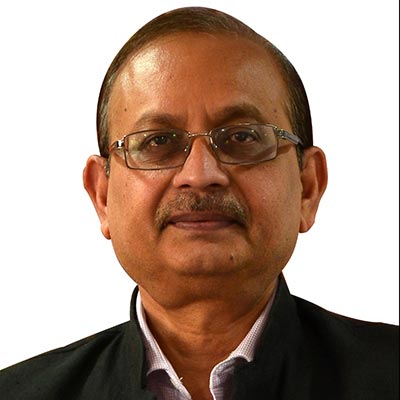 An officer belonging to the Indian Administrative Service (1987 batch), Mr. Rajiv Ranjan Mishra is currently at the rank of Secretary in Government of India and working as Director General of National Mission for Clean Ganga (NMCG). Since 2018, he has spearheaded Namami Gange programme-an integrated river rejuvenation approach, with multiple activities spanning 11 States of the Ganga river basin & creating a model programme for River Rejuvenation in India. He has been responsible for various policy level interventions including the ecological flow notification of 2018 and bringing to completion multiple projects for Aviralta and Nirmalta of River Ganga. He is making pioneering effort for developing a framework for planning for river cities by main-streaming river & water into Urban Master Plans. Presently, he is also In-charge of National River Conservation Directorate looking after rivers outside Ganga Basin.

A Mechanical Engineer from IIT, Kanpur (India), he has in the past looked after various departments at State level, such as Irrigation, Municipal Administration and Urban Development, Infrastructure and Investments, as Secretary/Principal Secretary and worked in development and regulatory positions at field level.

In Government of India he has earlier worked in the areas of Export Promotion, Training of Civil Servants at National Academy of Administration, Setting up of a Centre for Disaster Management and has been a National level resource person on Incident Response System (IRS)/Incident Command System (ICS).

His last assignment was as Additional Secretary in Ministry of Housing and Urban Affairs. He was responsible for formulation of various housing and habitat policies and legislations including study of migration and urbanisation, Housing Finance, PPP in Affordable housing, Housing for All mission, sustainable technologies, New Urban Agenda (UN Habitat), SDG in urban sector etc. and played a pivotal role in the enactment of the Real Estate (Regulation & Development) Act, 2016.