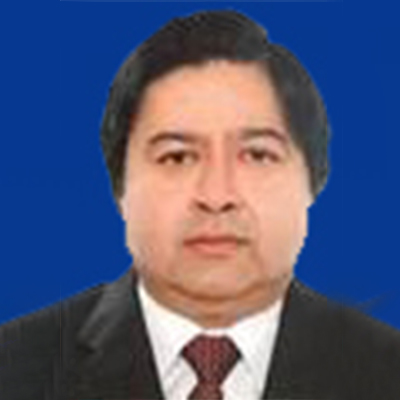 Ravi has over 25 years experience in the project finance and infrastructure advisory space having worked with a number of blue chip institutions. Ravi has excellent and detailed technical knowledge in the power, renewable, refining, petrochemical and infrastructure sectors across Australia, Asia Pacific, China, Africa and the Middle East.

Ravi has extensive experience in the power and infrastructure sectors in Singapore, Philippines, Indonesia having worked on a number of project finance transactions. He has good relationships with a number of key Singapore GLCs like Keppel, Sembcorp, Hyfluxamong others and has been involved in structuring a number of cutting edge deals for them. He has been very actively involved with MAS andthe World Bank in providing thought leadership ideas to make Singapore an infrastructure hub for financing including discussions on PPP frameworks and strategies. He has also been actively involved with Clifford Capital for developing a take out facility for the bond market opportunities for Singapore/the region once construction risk is complete. He is very familiar with the debt raising capability in various aspectsof the debt chain i.e. commercial banks, ECAs, sukuksand project bonds. Ravi also has experience in structuring deals in the transportation sector having worked with MTR in Hong Kong, Road Transport Authority in Dubai, Dubai Metro, Delhi Metro and the Indian Railways.

Some of the Ravi’s key professional accomplishments areas below:
—Prior to joining KPMG, Ravi was with Standard Chartered Bank (SCB) and was responsible for setting up its infrastructure business in the MENA region in 2002. Under his leadership the unit grew to be a leader in its field having won a number of awards including the best Project Finance House by PFI, the industry’s most coveted award.
—Under his leadership, SCB was responsible for leading and structuring approximately 50,000 MW of power projects in the MENA region during the last decade; Thaima Power (Saudi), SoharPower(Oman), Q Power (Qatar), Taweela (UAE), HiddPower (Bahrain), Jorff Laffar (Morocco) and Aman Power (Jordan) are some examples of these deals.
—He has worked with a number of sponsors in the power sector: Kepco, Mitsui, Marubeni, Mitsubishi, Total, Sumitomo, Sojits, ACWA and GDF Suez are a few examples of these.
—Ravi also lead some cutting edge advisory deals most notably Maa’den’s Aluminum and Phosphate project in Saudi Arabia and KEPCO’s nuclear project in Abu Dhabi.
—In 2015, Ravi was elevated to be the Global Head of Project and Export Finance for SCB and under his leadership the bank grewtobe a formidable force in this arena.
—He was actively involved in the Power Africa initiative and lead the closure of the First privatized Power deal in Nigeria (Azura IPP).
—He has been actively involved in China’s One Belt road initiative having successfully closed a number of deals.
—Prior to working with Standard Chartered Bank, Ravi was with ABN Amro Bank from 1997 to 2002 in Hong Kong and India. He lead andmanaged a team of 17 people and closed a number of complicated advisory mandates most notably Petronetand Guandong LNG (India and China’s first LNG regasification projects respectively) and Paiton’s power projectin Indonesia among others.
—Prior to ABN Amro, Ravi was with GE Capital, from 1994 to 1997 as a Vice President in the Global Project and Structured Finance unit. He played a key role as GE’s representative for implementing India’s first gas/LNG based power project under the privatization programme(Dabhol Power Project).
—He was also responsible for setting up a fund with IFC and Soros covering global equity investment in the Power sector for projects in Oman, India, Bangladesh, Turkey and Eastern Europe.
Register now